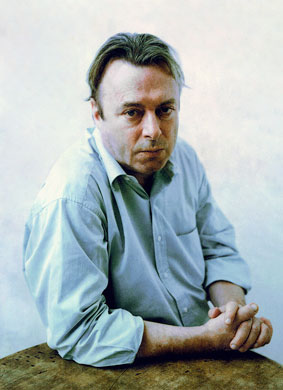 Christopher Eric Hitchens was an Anglo-American author, columnist, essayist, orator, religious and literary critic, social critic, and journalist. He contributed to New Statesman, The Nation, The Atlantic, London Review of Books, The Times Literary Supplement, Slate, and Vanity Fair. Hitchens was the author, co-author, editor or co-editor of over 30 books, including five collections of essays, on a range of subjects, including politics, literature, and religion. A staple of talk shows and lecture circuits, his confrontational style of debate made him both a lauded and controversial figure and public intellectual. Known for his contrarian stance on a number of issues, Hitchens criticised such public and generally popular figures as Mother Teresa, Bill Clinton, Henry Kissinger, and Diana, Princess of Wales. He was the elder brother of the conservative journalist and author Peter Hitchens.

Having long described himself as a socialist, a Marxist and an anti-totalitarian, Hitchens began his break from the established political left after what he called the "tepid reaction" of the Western left to the controversy over The Satanic Verses, followed by the left's embrace of Bill Clinton, and the antiwar movement's opposition to NATO intervention in Bosnia and Herzegovina in the 1990s. 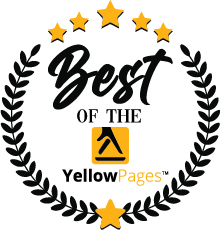 An atheist, and a self-described antitheist, Hitchens viewed the concept of a god or a supreme being as a totalitarian belief that destroys individual freedom, and argued free expression and scientific discovery should replace religion as a means of teaching ethics and defining human civilisation. In 2007, Hitchens published his most popular book, God Is Not Great: How Religion Poisons Everything, which was a New York Times bestseller.

In June 2010, Hitchens was on tour in New York promoting his memoirs Hitch-22 when he was taken into emergency care suffering from a severe pericardial effusion and then announced he was postponing his tour to undergo treatment for esophageal cancer. He announced that he was undergoing treatment in a Vanity Fair piece titled "Topic of Cancer". Hitchens said that he recognised the long-term prognosis was far from positive, and that he would be a "very lucky person to live another five years". Hitchens died on December 15, 2011 at the University of Texas MD Anderson Cancer Center in Houston. According to Andrew Sullivan, his last words were "Capitalism. Downfall." In accordance with his wishes, his body was donated to medical research. Hitchens wrote a book-length work about his last illness, based on his Vanity Fair columns. Mortality was published in September 2012.

A portion of the information on this page was gathered, modified and built upon in part from Wikipedia, therefore, all text is available under the Creative Commons Attribution-ShareAlike 3.0 Unported License.

Interview with Tony Jones on ABC

"Not So Hidden Influences: Is it so offensive to note the effectiveness of the Jewish lobby?" (Slate, 10.4.10)

"Almost Noble" (review of Thirty Days: Tony Blair and the Test of History By Peter Stothard and A Journey: My Political Life By Tony Blair, Atlantic, October 2010)

"Christopher Hitchens and Tariq Ramadan Debate: Is Islam a Religion of Peace?" at the 92nd Street Y, October 5th, 2010

video of Hitchens and Amis with Jeffrey Goldberg

"Chosen: The toxin of anti-Semitism isn’t a threat only to Jews." (reviews of Trials of the Diaspora: A History of Anti-Semitism in England By Anthony Julius and A Lethal Obsession: Anti-Semitism from Antiquity to the Global Jihad By Robert S. Wistrich, Atlantic, September 2010)

"Mau-Mauing the Mosque: The dispute over the "Ground Zero mosque" is an object lesson in how not to resist intolerance." (Slate, 8.9.10)

Hugo Boss: What I learned about Hugo Chávez's mental health when I visited Venezuela with Sean Penn. (Slate, 8.2.10)

Why Kosovo Still Matters: The United States and Europe stood up to Serbia. Can they stand up to North Korea and Iran? (Slate, 7.27.10)

"The Narcissism of the Small Difference: In ethno-national conflicts, it really is the little things that tick people off." (Slate, 6.28.10)

"Do I Contradict Myself?" by Jennifer Senior (New York Times Book Review 6.10.10)

"Hitch a ride with a scrapper in Christopher Hitchens" by Bob Minzesheimer (USA Today, 6.2.10)

"The Dark Side of Dickens" (review of Charles Dickens by Michael Slater, Atlantic, May 2010)

"Is the Vatican a Sovereign State? Elena Kagan and her colleagues in the solicitor general's office say it is. They should be ashamed." (Slate, 5.31.10)
MediaMatters criticizes Hitchens over piece

"Kim Jong-il's Willing Accomplices: The West puts up with the evil madman's antics because we're afraid of triggering worse." (Slate, 5.25.10)

"The Author Who Played With Fire" (Vanity Fair December 2009)

"The Pity of War" (review of The Somme: The Darkest Hour On The Western Front by Peter Hart, Atlantic, November 2009)

Hitchens #5 most influential print/online columnist according to Mediaite

Did the Toppling of Saddam Hussein Lead to Recent Events in Iran? Given the connections between Iraq and Iran, it's not as unlikely as it sounds." (Slate, 7.6.09)

God Is Not Great on paperback bestseller list past two weeks

"Ankara Shows Its Hand: Turkey's scheming at the Strasbourg summit proves it doesn't belong in the European Union." (Slate, 4.20.09)

"The Texas-Size Debate Over Teaching Evolution: Sure, discuss Darwin's 'strengths and weaknesses.' Just not in biology textbooks." (Newsweek, 3.28.09)

"Let Them In: When governments refuse to let politicians and academics into their countries, it's nothing but old-fashioned censorship." (Slate, 3.30.09)

"Christopher Hitchens and the Battle of Beirut" by Michael Totten (2.25.09)

"Don't Say a Word: A U.N. resolution seeks to criminalize opinions that differ with the Islamic faith." (Slate, 3.2.09)

"Don't Let the Mullahs Run Out the Clock: Obama must talk directly to the Iranian people." (Slate, 2.16.09)

"Is Zimbabwe Now a Rogue State? And is it germ warfare when cholera sufferers are forced to cross international boundaries?" (Slate, 2.9.09)

"Farewell to a Much-Misunderstood Man: John Updike preferred to be wrong on account of the right reservations than right because of the wrong ones." (Slate, 2.2.09)

"A Wonderful Day for Washington, D.C.: Now it's time to hold President Obama accountable for his promises." (Slate, 1.26.09)

"Cool Cat" (review of Dreams From My Father and The Audacity of Hope by Barack Obama, and The Case Against Barack Obama by David Freddoso, Atlantic, February 2009)

"Bad Timing: Gaza could have been a model of the future Palestinian state. Instead, it is a place of repression and aggression." (Slate, 1.5.09)

"Suburbs of Our Discontent" (review of Revolutionary Road by Richard Yates, Atlantic, December 2008)

Something I never expected to read. Not being judgmental, just an observation.

snippet from "The Cruiser"

"Three Questions About Rick Warren's Role in the Inauguration: If we must have an officiating priest, surely we can do better than this vulgar huckster." (Slate, 12.19.08)

"Serving the Clintonian Interest: The last thing we need is a Clinton in charge of foreign policy." (Slate, 11.24.08)

"John McCain is tipped to lose the US election battle" (Mirror)

"Vote for Obama: McCain lacks the character and temperament to be president. And Palin is simply a disgrace." (Slate, 10.13.08)

"Cruel and Unusual" (review of The World Is What It Is: The Authorized Biography of V. S. Naipaul by Patrick French, Atlantic, November 2008)

"How To Win Afghanistan's Opium War: The best way to deprive the Taliban of drug profits? The United States should buy Afghanistan's poppy crop instead of trying to eradicate it." (Slate, 10.6.08)

"Let Them Count Houses: Can't we escape this tiresome demagoguery about candidates' income and property?" (Slate, 9.1.08)

"Master of Conventions" (review of Miami and the Siege of Chicago by Norman Mailer, Atlantic, September 2008)

"South Ossetia Isn't Kosovo: Whatever Moscow says, there are at least six significant differences between the two situations." (Slate, 8.18.08)

"Iraq's Budget Surplus Scandal: Why do we have such a hard time hearing good news from Baghdad?" (Slate, 8.11.08)

"The Man Who Kept On Writing: Alexander Solzhenitsyn lived as if there were such a thing as human dignity." (Slate, 8.4.07)

"On the Limits of Self-Improvement, Part III" (Vanity Fair, Septmeber 2008)

"Cassocks and Codpieces" (review of Salman Rushdie's The Enchantress of Florence, The Atlantic, August 2008)

Hitchens on Withdrawal from Iraq

"The Case Against Hillary Clinton: Why on earth would we choose to put the Clinton family drama at the center of our politics again?" (Slate, 1.14.08)

"Does Religion Poison Everything? A Chat with Christopher Hitchens (The Black Republican, 1.9.08)

"Identity Crisis: There's something pathetic and embarrassing about our obsession with Barack Obama's race." (Slate 1.7.08)

"The Iowa Scam: The undemocratic caucuses are a terrible way to choose a presidential candidate." (Slate 12.31.07)

"Divide and Conquer: The United States should be squeezing Turkey, not the other way around." (Slate, 10.29.07)

Hitchensweb 10th Anniversary Link 1997 interview with the Progressive by Sasha Abramsky
(Personal favorite is the description of Abdullah Ocalan. The site should be back in fighting shape soon.)

Christopher Hitchens interview by Harrison Jordan (Notable Interviews)
(for the curious, Hitchens is wearing a yarmulke because the interview was conducted in a Shul and it is respectful for even non-believers to wear one.)

"Hitchens Book Debunking The Deity Is Surprise Hit" by By JEFFREY A. TRACHTENBERG (Wall Street Journal, 6.22.07)

"The Grub Street years" (review of Dispatches for the New York Tribune: Selected Journalism of Karl Marx, edited by James Ledbetter, with a foreword by Francis Wheen, Guardian, 6.16.07)

"A Different Argument" interview by Sean Nelson (The Stranger, 6.6.07)

Gore and Ronnie Raygun pass up Hitchens, who moves ahead of Einstein

"Think of England" (review of On Chesil Beach: A Novel by Ian McEwan, The Atlantic, July/August 2007)

Review of God is Not Great by Sam Schulman (Commentary, June 2007)

"What's Next for Kurdistan? A question every American politician needs to address." (Slate, 6.4.07)

"Christopher Hitchens on the Essential Stupidity of Religion" by Dwayne Booth (L.A. Weekly, 5.29.07)

god Is Not Great review by Jeremy Foster (Flakmagazine, 5.30.07)

"The French Correction: The principled new foreign minister shows how much France has changed of late." (Slate, 5.28.07)

"Secularism in the Elimination Round" by Jacques Berlinerblau (Chronicle of Higher Education, 6.1.07)

"Thank God for Christopher Hitchens: For he has written the finest of the down-with-God books." by Mark Warren (Esquire, 4.25.07)

Hitchens on Hannity and Colmes

May 14, 2007, The Future Forum Presents: Christopher Hitchens and Marvin Olasky A Debate on Religion and Politics

"The Woman Who Made Iraq: Gertrude Bell scaled the Alps, mapped Arabia, and midwifed the modern Middle East." (review of Gertrude Bell Queen of the Desert, Shaper of Nations by Georgina Howell, Atlantic Monthly, June 2007)

"'god is not Great: How Religion Poisons Everything' by Christopher Hitchens" by Jack Miles (Los Angeles Times, 4.29.07)

Hitchens at NYPL May 7th

"Are You There, God? It's Me, Hitchens." by Boris Kachka (New York Magazine)

God Is Not Great: How Religion Poisons Everything is now available! (Thanks to visitors for their patience during the hiatus. Any links you find about the book will be appreciated.)

"Religion Poisons Everything", excerpt from God Is Not Great (Slate, 4.25.07)

offer from The Liberal

"One Fraught Englishman" (review of The Life of Kingsley Amis by Zachary Leader, Atlantic Monthly, May 2007)

"Sliming Wolfowitz: The World Bank president did nothing wrong." (Slate, 4.17.07)